My Tweets
Join 106 other subscribers 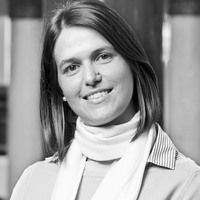 Her research has been focused on audiovisual translation and theater translation as she is interested in investigating the construction of meaning in multimodal products and its reception. At the moment, she is particularly interested in developing multimodal analytical frameworks as well as examining the reception of subtitled products in order to better understand the impact of specific translation strategies in the audience’s interpetation. In this context, she is developing a series of empirical reception studies aiming at understanding the interplay between the different modes in the construction of meaning of subtitled products, testing current subtitling practices and exploring the possibilities brought by innovative practices of subtitling. She also maintains a continued interest in linguistic variation and the challenges it brings to translation.

She has published a number of articles (Handbook of TS vol. 3&4, Target 21:2, Anglosaxónica 3:3, The Translator 23:3 ) and has several other publications namely an edited volume and a Target special issue (28:2). She was part of the organizing committee of several conferences such as EST Congress in 2004 (Lisbon) and Theatre and Translation: Contact Stages in 2006 (Lisbon).

Parallel to her research work, Sara has also substantial experience as a freelance translator in the areas of academic writing, subtitling and theatre surtitling.