My Tweets
Join 98 other followers 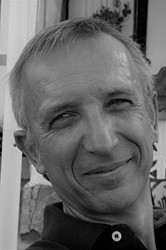 teaches English literature and literary theory at the University of Namur and is Research Fellow at KU Leuven. In 2013-2014 he was holder of the Belgian Francqui Chair at the Université de Liège. He has published widely on Shakespeare’s wordplay and the problems of translating it. His book-length publications include There’s a Double Tongue (1993), European Shakespeares (co-edited with Lieven D’hulst, 1993), Fictionalizing Translation and Multilingualism (co-edited with Rainier Grutman, 2005), Shakespeare and European Politics (co-edited with Jozef de Vos and Paul Franssen, 2008), Multilingualism in the Drama of Shakespeare and His Contemporaries (co-edited with Ton Hoenselaars, 2013 and 2015), and “Romeo and Juliet” in European Culture (co-edited with Juan F. Cerdá and Keith Gregor, 2017). He co-edits the journal Target (with Sandra Halverson, 2012–), as well as a Dutch-language open-access dictionary of literary terms entitled Algemeen Letterkundig Lexicon (with Lars Bernaerts, G.J. van Bork, Paul Dijstelberge and Rik van Gorp, 2012­­–).